Why we believe factory rebar fabrication is an efficient method?

In 1981, approximately 80% of the rebars in Japan were processed on-sites. But did you know by 2014, about 95% have been processed in factories? The reason for this change in the rebar processing method from on-sites to factory is the rapid increase in construction due to economic growth, which has triggered problems such as rising labor costs, labor shortage, and difficulty in securing space. With the remarkable economic growth, your country is expected to experience one of these issues. So why not prepare for it now? Please read the following four points to understand about rebar fabrication at factories.

Compared with conventional rebar cutters and benders, automatic rebar processing machines will increase the productivity per worker by approximately three to five times. Average production tonnage per worker per seven hours on site is about one to two tons while that productivity in factory is about five to seven tons.By introducing labor-saving and automated machines, stable production can be achieved with a small number of workers, without being significantly affected by their capabilities. In addition, by providing a more comfortable working environment, human resources can be secured smoothly. 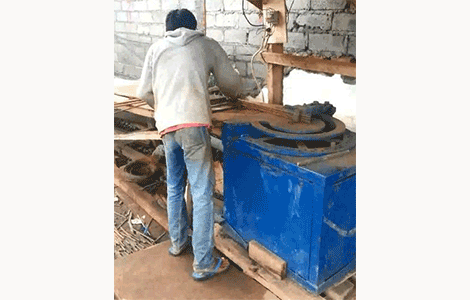 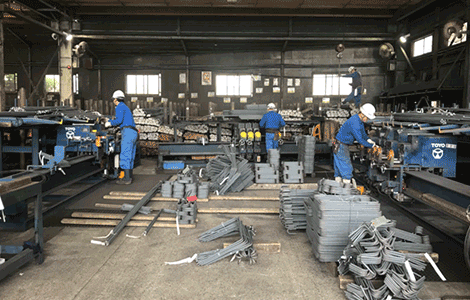 In factory processing, rebar material loss can be reduced by consolidating the processing of multiple sites into one factory. This can be achieved by the combination cutting function with which you can cut out different cutting lengths from a single standard-length reinforcing bar.
Reinforcing bar material loss at construction sites is 10% or more, but it can be reduced to 3% or less at factories.
Consequently, the environmental burden can also be reduced, because 0.53 tons of CO2 is generated in recycling 1 ton of rebar scrap into rebar. 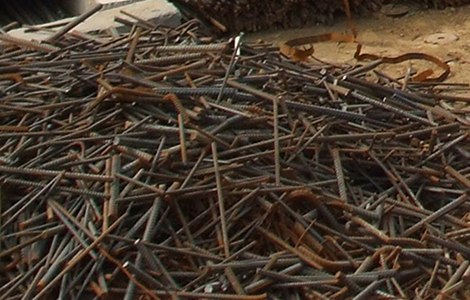 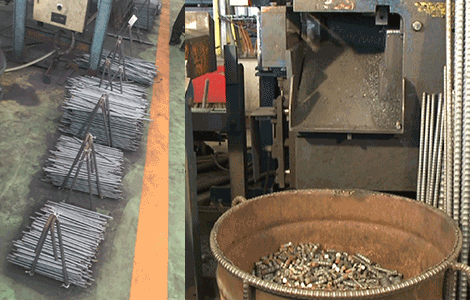 The cutting dimension and angle accuracy achieved by our recommended automatic machines for factory processing are ±1 mm and ±1 degree, respectively. (Effect of surface shape of the reinforcing bar is excluded. Some models are not applicable.)
Thus, uniformly aligned products can be processed, which improve the workability of assembly and installation. This also leads to the improvement of accuracy of the completed building and infrastructure.
Precast concrete products and government projects often require strict precision, and our products can confidently meet the requirements.
Infrastructure with guaranteed quality provided by our products can serve as the foundation in your countries, inconspicuously supporting your daily life. 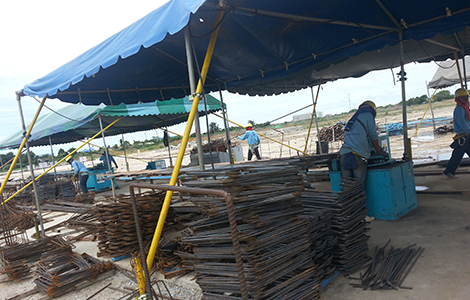 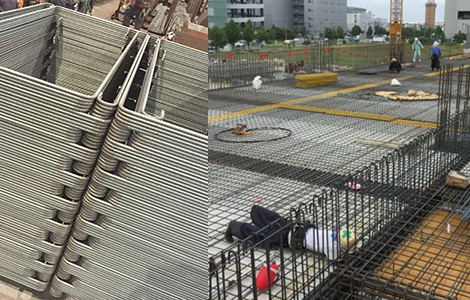 Material management and quality control conducted in the factory can help reduce material loss, and work that is not affected by weather can be performed to prevent delays in construction. It is possible to shorten the construction period further by incorporating the prefabricated assembly method in factories.
In addition, by properly securing a space, which if often not possible in on-site processing, and using an overhead crane, a safe environment is ensured for operators. 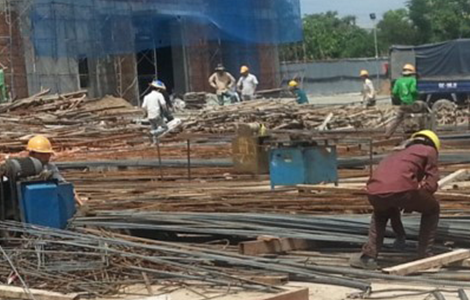 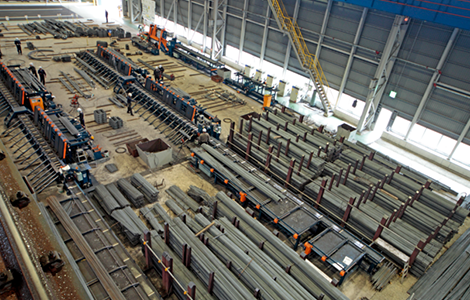 We use cookies to improve our service.If you continue browsing, we will assume that you agree to the use of such cookies. +info
[ close ]